Ranged Projectile, sometimes Explosive that deal up to 10 damage.

5 shields revolving around him which absorb all damage until destroyed

The fight is divided into three main stages.

The first is where the Twilight Lich spawns two skeletal minions, each with a Scepter of Twilight to cast Ender Pearl projectiles. The Twilight Lich also uses the Scepter of Twilight function of its omni-scepter in this phase of the battle. In the first stage, you can not directly damage the Twilight Lich: you will have to take down his shields first. It has 5 shields orbiting around it, and it takes quite some hit to destroy them. Melee or shoot him, or try to deflect his own projectiles back at him (requires some timing though). Once all shields are destroyed, stage two begins. Reflecting his own projectile also destroys one shield each time. Another way to remove his sheilds is to use a Rapier from the TContructs mod, this weapon allows you to execute armor-piercing attacks on the Lich, making this a easier fight. 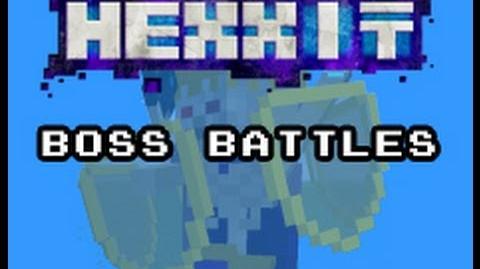 Retrieved from "https://hexxit.fandom.com/wiki/Twilight_Lich?oldid=61982"
Community content is available under CC-BY-SA unless otherwise noted.