The Ur-ghast is part of the Twilight Forest mod and can be found flying around at the top of the gigantic Dark Towers in the Twilight Forest. It appears as a large, supernatural creature with many large, waving tentacles. The tentacles, unlike other ghasts,are bending. Its sides appear to be covered in blood. This creature resembles the Carminite Ghastguards, due to their ability to stalk players, as well as the Nether-exclusive Ghasts, but is much larger and much more dangerous.

The Ur-ghast is a difficult boss, and full Diamond, Steeleaf or Naga Scales armor is recommended to fight this boss as well as a Salamander's Eye to reflect the projectiles. Players are advised to be very careful where they move since burning netherrack covers the top, and the Ur-ghast is capable of knocking the player off of the top of the tower. Players should make sure they have a ranged weapon, as the Ur-ghast is constantly airborne, and is difficult to hit with a sword, and hitting back the attacks is too slow a method since the Ur-ghast is capable of regaining health. In the immediate area however, there are several ghast traps; if it trails too close to one of these, you can activate it to damage it and drag it closer to the rooftop, though these must first be charged by slaying nearby Carminite Ghastlings.

The Ur-ghast's signature attack, fireballs, deal great damage to the player as well as lighting them on fire. The Ur-ghast will fire five fireballs at once, making them difficult to dodge. Unlike normal Ghasts, these fireballs can not be reflected. 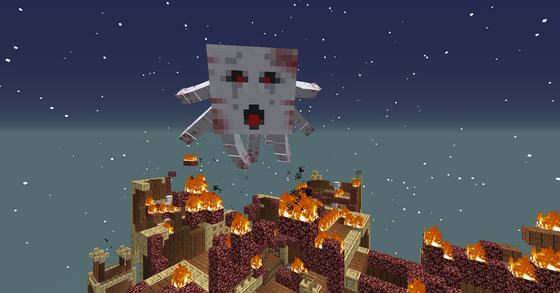 The Ur-ghast has a special ability to summon Carminite Ghastlings with a lightning strike. These minions will spawn out of Ghast Traps. They are weaker than regular Ghastlings, since a hit from any weapon could kill them. Adventurers are advised to be very cautious when they hear the lightning strike of a Ur-ghast.

When the Ur-ghast reaches low health, it will begin a tantrum mode. It will change the weather to rain, continuously summon minions, and regenerate health. During this mode, the Ur-ghast will still attack the player and only make loud wails and cry ghast tears until its death. If the player is under the Ur-ghast while it's crying, they may risk being damaged by teardrops. The ghast tears can wear down armor extremely quickly, especially helmets. Ghast tears produced by the Ur-ghast are not collectible, being strictly projectiles in nature. 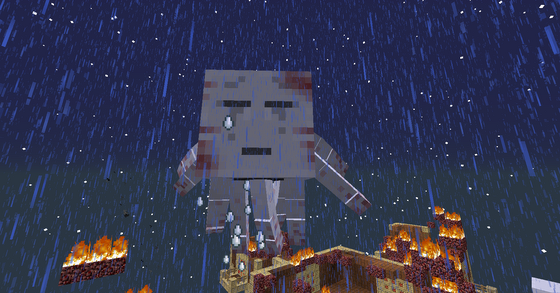 Once an adventurer slays an Ur-ghast, a treasure chest will appear in the middle of the battle area. This chest will contain several doses of the Ur-ghast's Fiery Blood as well as a few pieces of Carminite. Inside the chest will also contain the Ur-Ghast Trophy. The Ur-ghast will also drop many levels of experience. 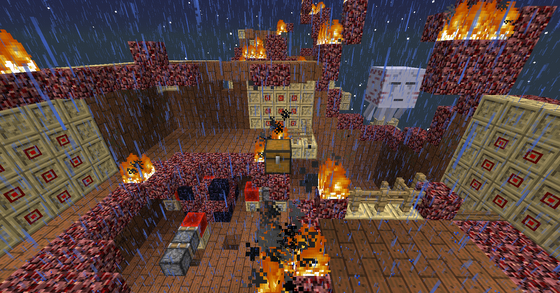 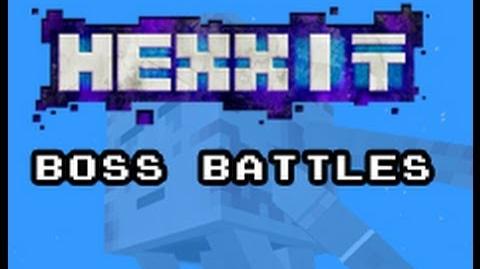 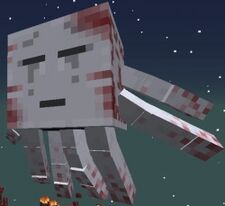 Ur-Ghast
Add a photo to this gallery

Retrieved from "https://hexxit.fandom.com/wiki/Ur-ghast?oldid=87976"
Community content is available under CC-BY-SA unless otherwise noted.